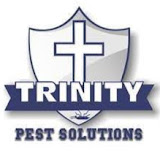 Stephanie Brovold
The technician was professional and did a great, really thorough job. He was also a nice and friendly guy.
Read more

Vanessa Bravo
My technician JC was above and beyond professional. He squeezed me in as an emergency on Labor Day and was even sensitive and caring to the fact that we had plans and were in a rush. Ive used this service before and they are all caring professionals...they know how unnerving havings rats can be and are sensitive to that!
Read more

nia Meow
What a professional company! From the young lady answering the phones very eager to help you, to Andrés the inspector being early reliable and very detailed in his search, & then Jesus taking his time to explain everything to me and search not once, or twice but three times to make sure he left me clean! What an amazing team! Thank you for being on point and making me comfortable! Definitely will refer people over!
Read more

Ligia C
We have an invasion of carpenter ants ranging in size from medium to jumbo, the larger they are, the bigger the wings. I tried to treat it myself with pesticides but they eventually took over our master bathroom. Getting a company out when I knew I couldn't solve the problem was a challenge, then I came upon Trinity Pest Solutions and called them after reading the reviews. The owner, Elman Lugo could not have been more simpathetic, he told me the sooner he could send someone would be tomorrow, was that good? I responded with yesterday would be better, last week would be even better, he laughed and said let me see what I can do. Sergio Gonzalez arrived at our house within hours the same day, I brought him inside and showed him the problem. In the process of assesing the situation, we noticed larvae and dozens, maybe more, live ones on a sliding glass door track leading to the garden from our bedroom, he saw the horror in my eyes in told me not to worry (not easy), we had not seen any in our bedroom until yesterday. I took him around the property and he explained the treatment process starting with spraying the outside perimeter of the house on day 1, followed by granules a week later and then a 3rd application a week after that. He told me attacking the problem from the outside would likely solve the problem as these creatures love to nest in trees (we have a large oak near our bathroom). He did not believe their nest was inside but before he left, used a different application (similiar to air in a can) to confirm they had not created a nest under our wood floor. I am anti anything toxic kind of a person but the infestation was too much for me to let these creatures continue to reproduce in our bedroom so he sprayed a small amount of the gas through small gaps and holes in the wood and some ants came out alive but not in quantites that indicated a nest had been formed which gave me some peace of mind. I woke up yesterday to swarms of them in our shower, no swarms today, only an occasional live one here and there which I anticipated to find, no live ones in our bedroom either. I know this is a premature review, but if today is any indication, I'm still feeling confident that Sergio and Elman know their business. To be continued... UPDATE...Day 42 (6 WEEKS LATER) After the original 3 applications, the stubborn ants weren't ready to go so Sergio came back, then Chris, then Elman (owner) and today we had the pleasure of meeting Jesus. What a hard working young man, made a 3" trench around the entire perimeter of the house, applied more ant killer, refilled the trench and repaired a vent screen removed the week before for access to the attic to sprinkle some bait. After last week's application by Elman, the ants had finally all but disappeared. I am hopeful that what Jesus did today will be the final nail in the coffin. Is taking longer than I had hoped but we're still within the 60 day guarantee and since we've seen weekly improvements, I am confident Jesus administered the last rights today☺
Read more

Sherry Polite
JC is very professional and personable! He took care of our ant problem. He is highly recommended.
Read more

Pesticides are a group of chemicals designed to kill unwanted insects, weeds, rodents, and fungi. Improper use of pesticides can endanger human health or damage ecosystems, which is why we use only the most advanced and environmentally safe chemicals. 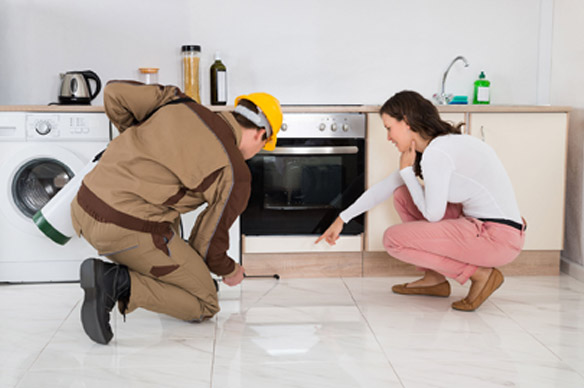 Following an initial inspection, Trinity Pest Solutions recommends only the necessary and most appropriate services that eliminate pest problems and provide lasting peace of mind. Each of our programs is provided with a written guarantee and recommendations to avoid any recurrence. 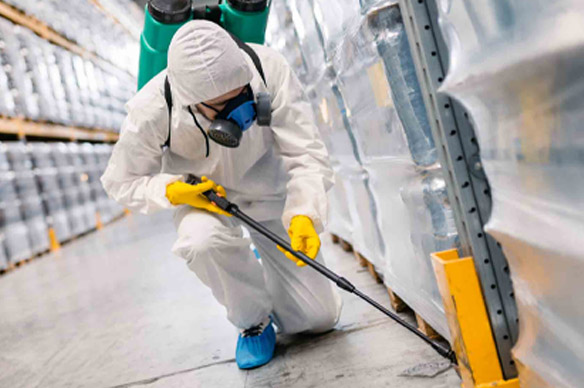 The Safety of Pesticides

We are committed to providing pest control solutions that are highly effective yet safe for the environment and all occupants of your South Florida property. Our specially formulated products have been approved by the Environmental Protection Agency and applied by fully trained and qualified technicians 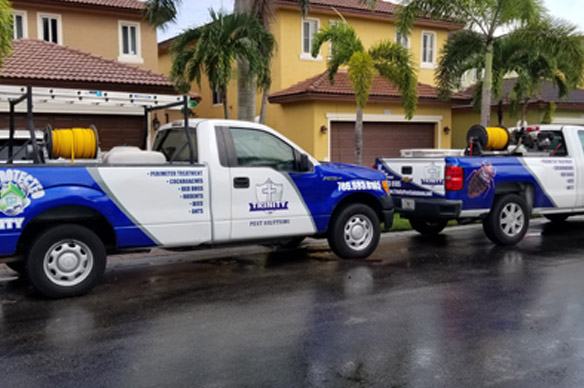 Call us Today For a Free Estimate
I called over 7 different companies and Trinity was the only one to answer the phone and come out when they said they would. Sergio was great! He was super nice, very professional and I would definitely recommend to anyone I know. Two thumbs up👍👍
Burgandy Finklea-Jackson
Got tired of trying to keep up with the outside pests myself so I called Trinity Pest Solutions. They (it was actually the owner) were very polite and prompt, arriving at our house within a couple hours. He explained what needed to be done and very informative. Also gave me a military discount because I mentioned that I'm retired army. I give Trinity Pest Solutions 5 Stars!
James R
The team at Trinity Pest Solutions are awesome. They showed up on time and did a great job with our soil fumigation for our new home project
Mario J. Viteri
Totally awesome job removing the bees. Sergio was very informative and professional during the entire process. I highly recommend them for any of your pest control needs.
Mechar Nesbitt
Josh was very good. Knew exactly where the problem was and how to resolve it. Very satisfied.
Russ Oasis
We had a swarm of bees and Sergio from Trinity came to the rescue. He was prompt, courteous and extremely conscientious. I highly recommend Trinity Pest Solutions.
Christine Gutierrez
Excellent service. I would recommend them to all of my friends and neighbors.
Vernon Hargrove
Amy Reed
WOW!!! Thank you!! From the young lady who scheduled my appointment, to Elam who came to my home, I received EXCELLENT customer service! Not only was Elam KIND, POLITE and PROMPT, he was HIGHLY EDUCATED in his profession. He quickly looked around, identified the problem and offered a solution. It's not everyday, in these days that you find companies who still value GREAT CUSTOMER SERVICE, EXCELLENCE and KNOWLEDGE IN THEIR PROFESSION AND INTEGRITY! 5 STARS!! I HIGHLY HIGHLY RECOMMEND Trinity Pest Control for all your pest control needs!! Thank You Trinity!!
Amy Reed
JC just left and extremely happy with his service. New it would be good when he was actually here early -- always a good sign for me. He came
in and explained exactly what needed to be done to elliminate our roach problem. We have had stage one done and in a week they will be back for stage 2. JC was professional and polite. Would recommend him and Trinity Pest Solutions without any hesitation. Thank-you
Denise Wilson
I have Nothing But Great things to say about JC Fernandez , Who works for TrinityPestSolutions I sent an email out about a situation I was having in my home and within a few minutes JC gave me a call and was out right away. He came out did an expection and explained very thing that would best help my situation and what would be the game plan to get started . He was really concerned because I had kids in the home and he made sure we were a top priority. JC has great guest services he explained everything he was doing and made us feel more at ease that the job was gonna get taking care of . I will forever be thankful for him and TrinityPestSolutions They are a 5 Star in my books
Debrah
Great job removing bees from one of my trees. I will use them again, and highly recommend this team. 5 stars !
Carlos Framil
More Testimonial

Thank you Trinity Pest Solutions. Your technician was on time and very knowledgeable. We will definitely use your services again and recommend you to our neighbors/friends. Great service!

The team at Trinity Pest Solutions are awesome. They showed up on time and did a great job with our soil fumigation for our new home project 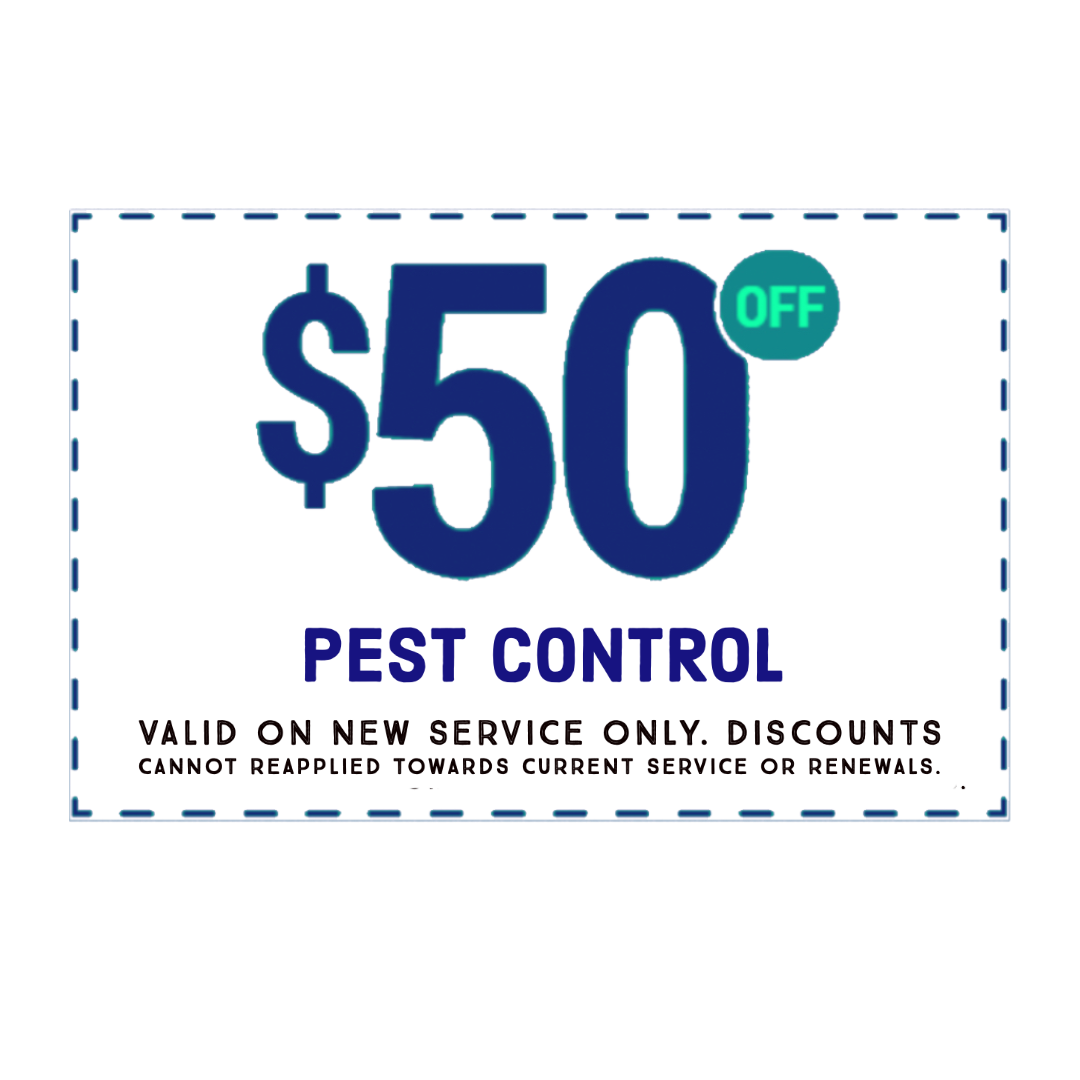 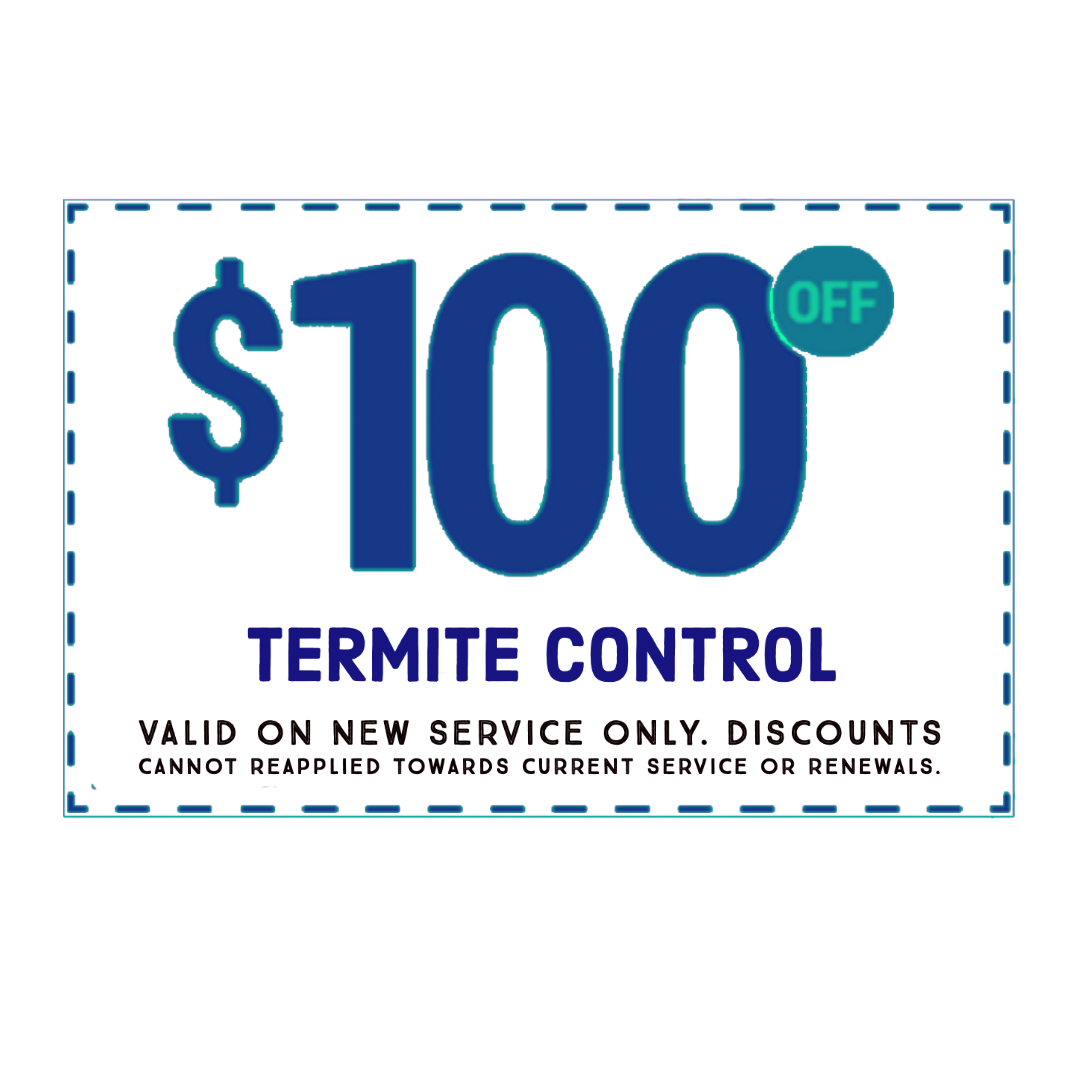 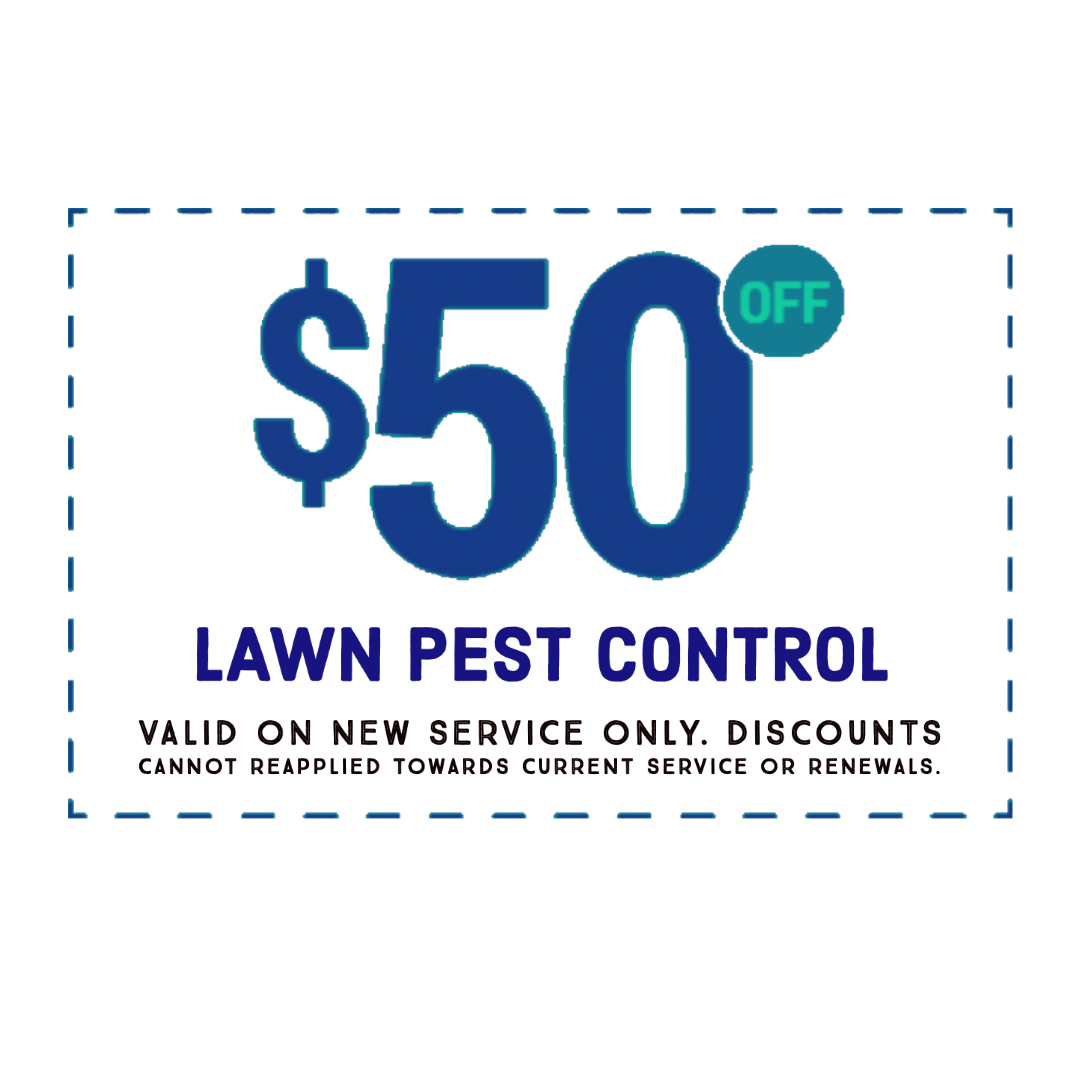